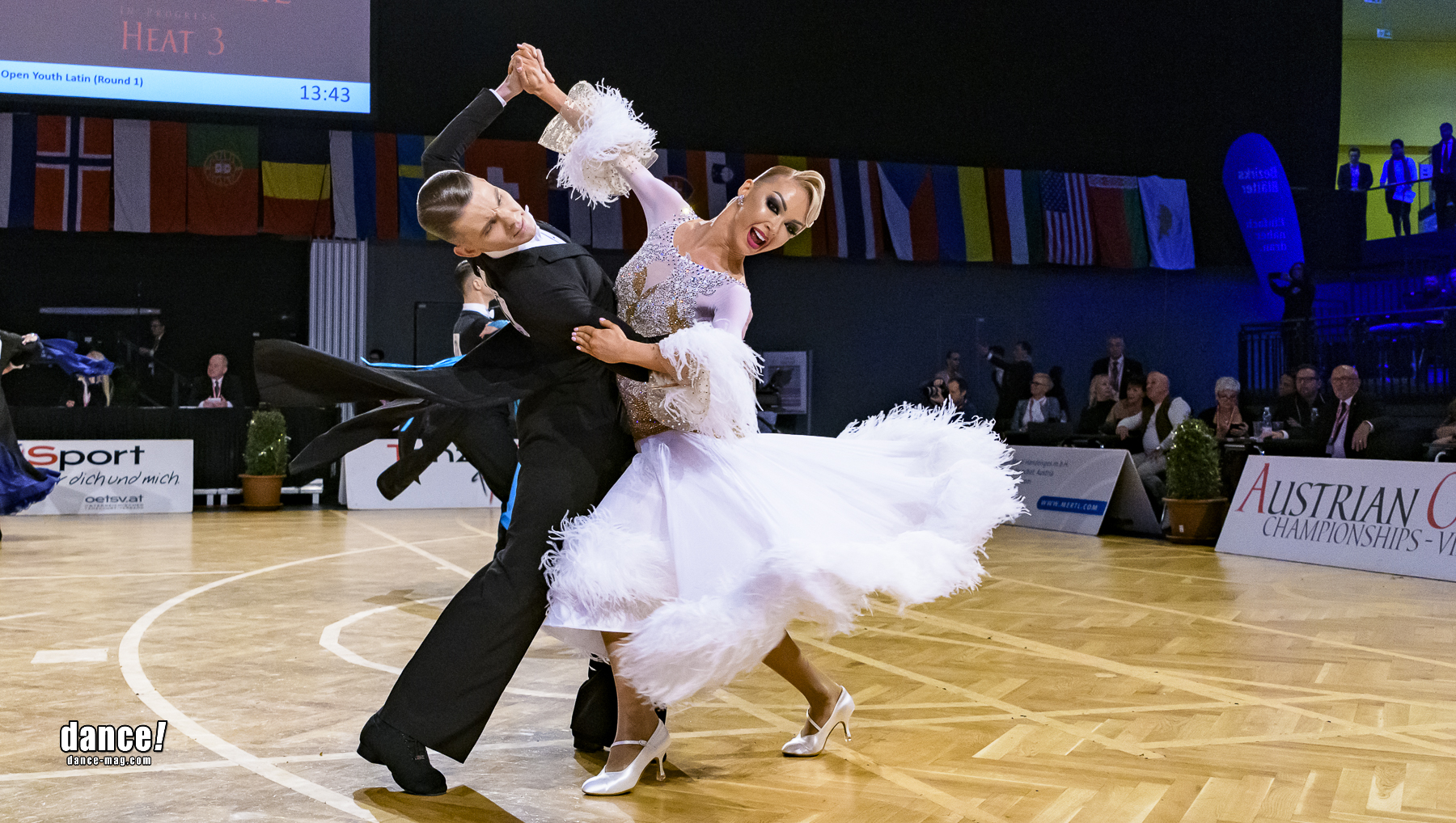 What a great spirit in Vienna! The music was almost not hearable anymore while the couples were dancing their group-dances in front of the packed main tribune. The Russian, Lithuanian, Italian fan-groups were cheering for their couples exuberantly in a thrilling final. The forth world champion title and with this, becoming the only record holder, was never endangered for Dmitri Zharkov & Olga Kulikova.

It seemed clear from the beginning: The three-times world champions Dmitry Zharkov & Olga Kulikova (RUS) were on the hunt for their forth title and wanted to extend their victorious series running since August 2017. Already in the quarter final, they reached a 4.58 point lead and in the semi 5.25 points compared to the Italiens Francesco Galuppo & Debora Pacini. 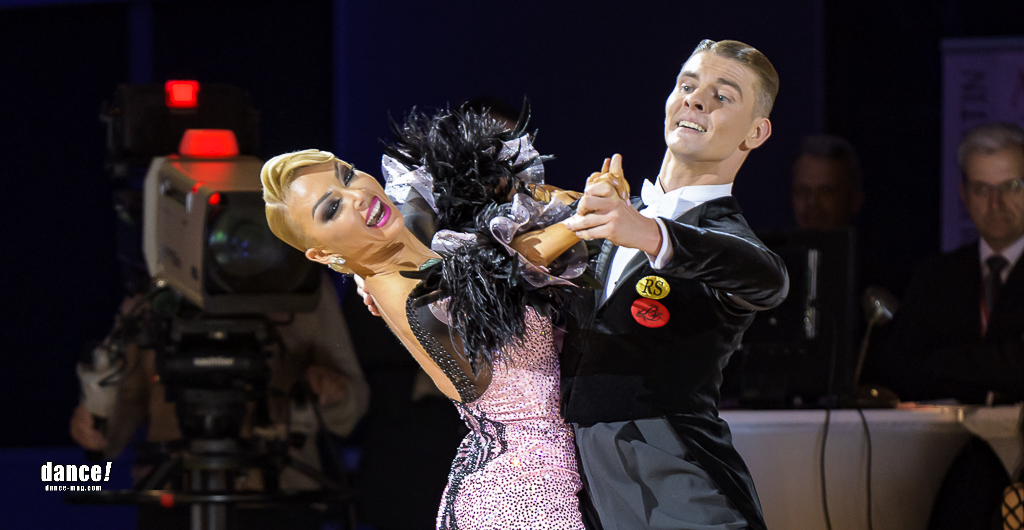 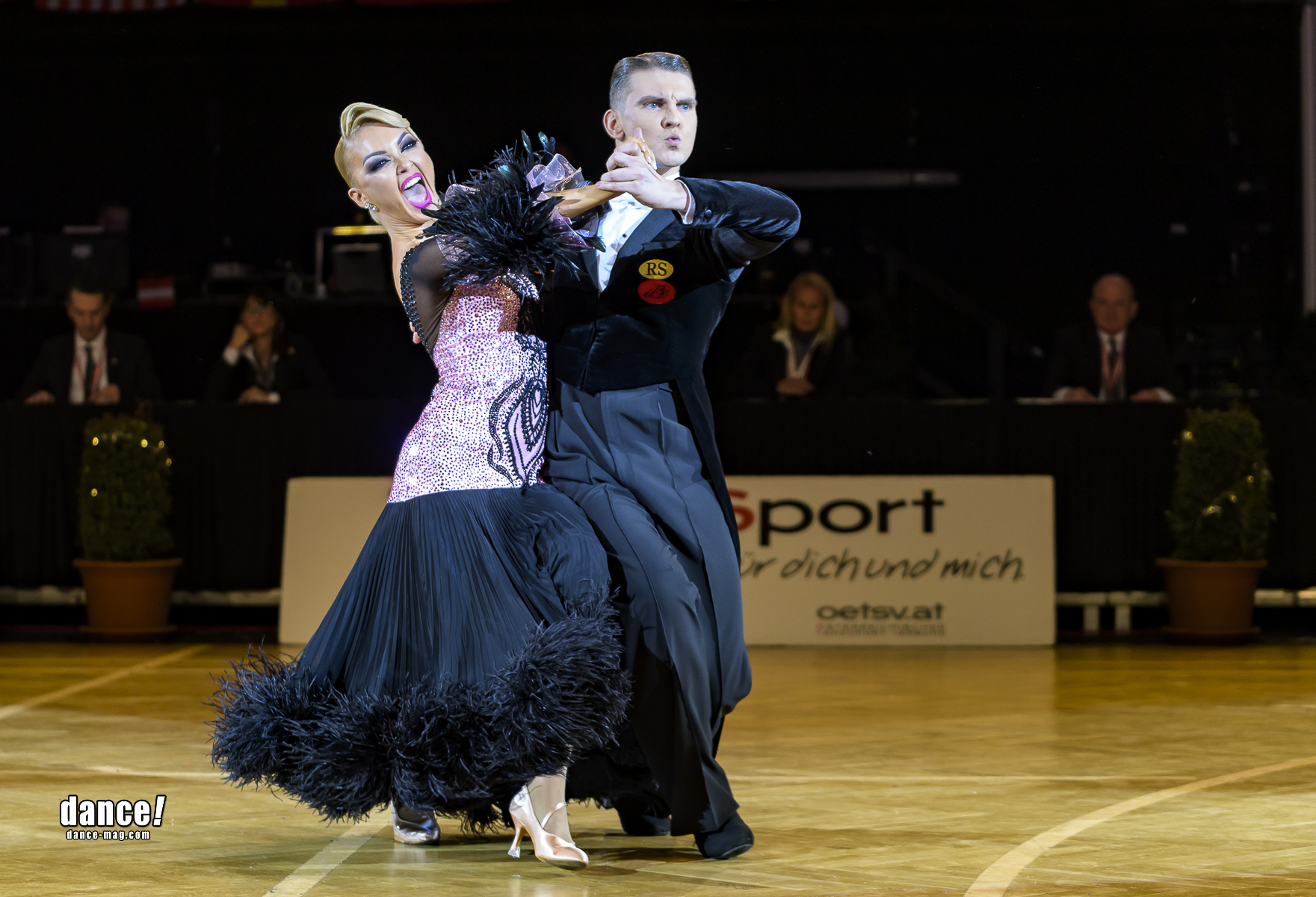 The final started thus with Tango. Dmitry & Olga directly took the lead. The second place, however, was shared with the same score by Francesco Galuppo & Debora Pacini and Evaldas Sodeika & Ieva Zukauskaite. After the English Waltz, the result was the same: The Russians were at the top with 78,63 points and the Italians and Lithuanians again with the same score in second place. With the third dance, Slowfox, Evaldas & Ieva acheived to gain a little advance of 0.33 points. The ranking from 4 to 6 became clearer and clearer: Moshenin-Spitsyna in forth, Lacitis-Golodnev in fifth, and Skuratov-Uehlin in sixth place. 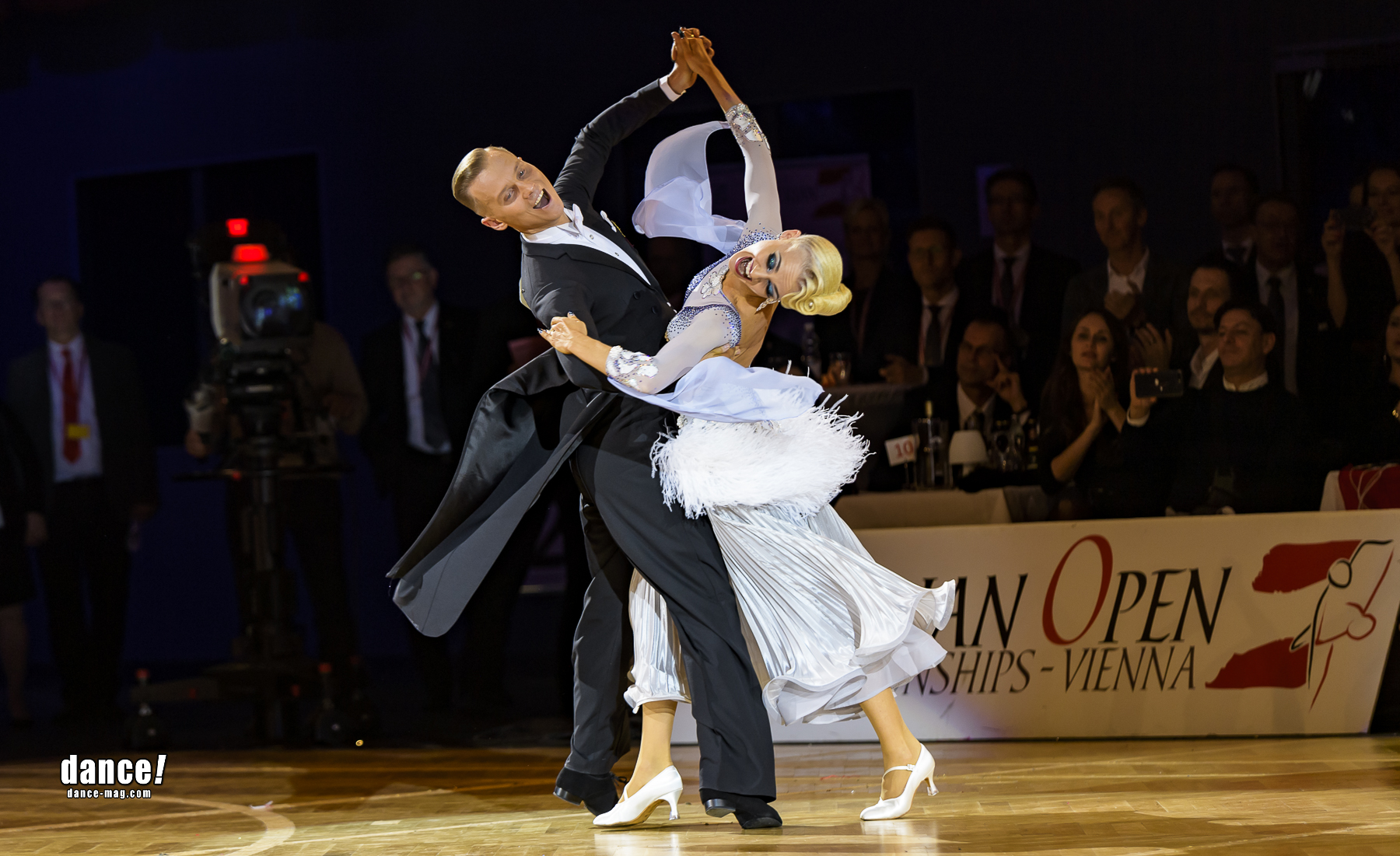 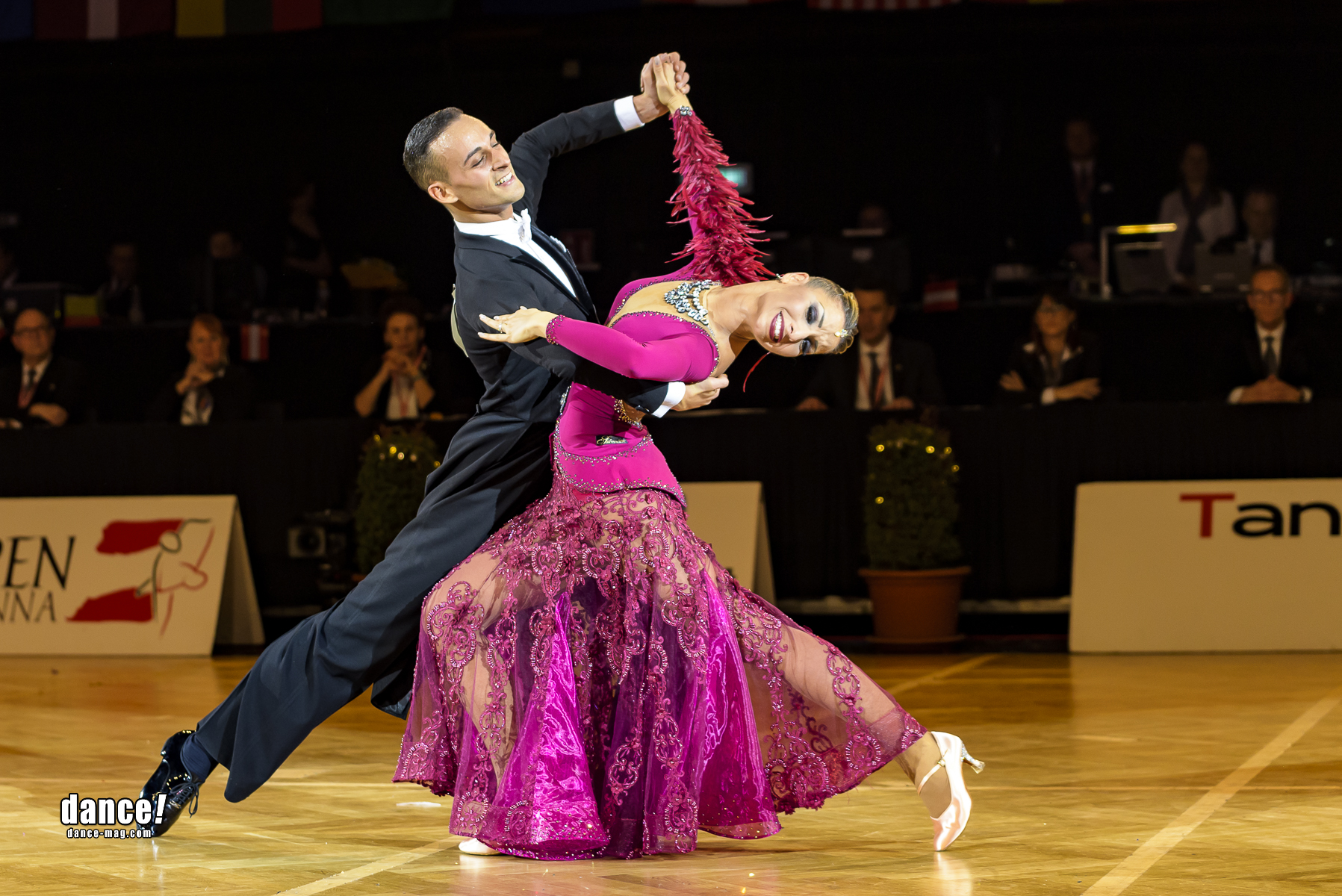 Dmitry Zharkov & Olga Kulikova scored 39.50 points for their Quicksept. They had over 5 points more than the two couples fighting for the second place and were just before reassuring their forth world champion title. Sodeika-Zukauskaite reached 38.17 points and Galuppo-Pacini 38.0, which increased the total difference between these two couples to 0.5 points. Thus, everything was still possible… 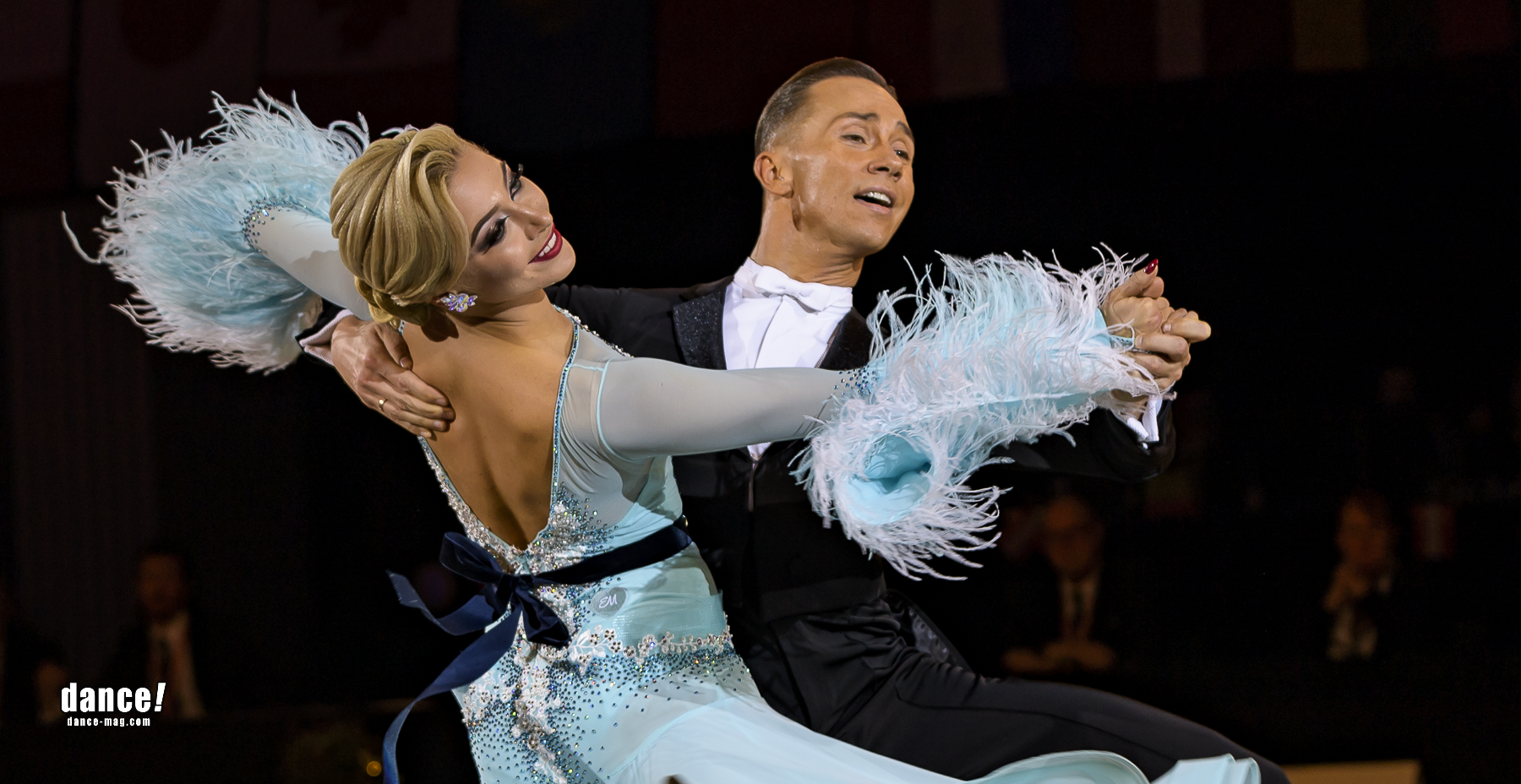 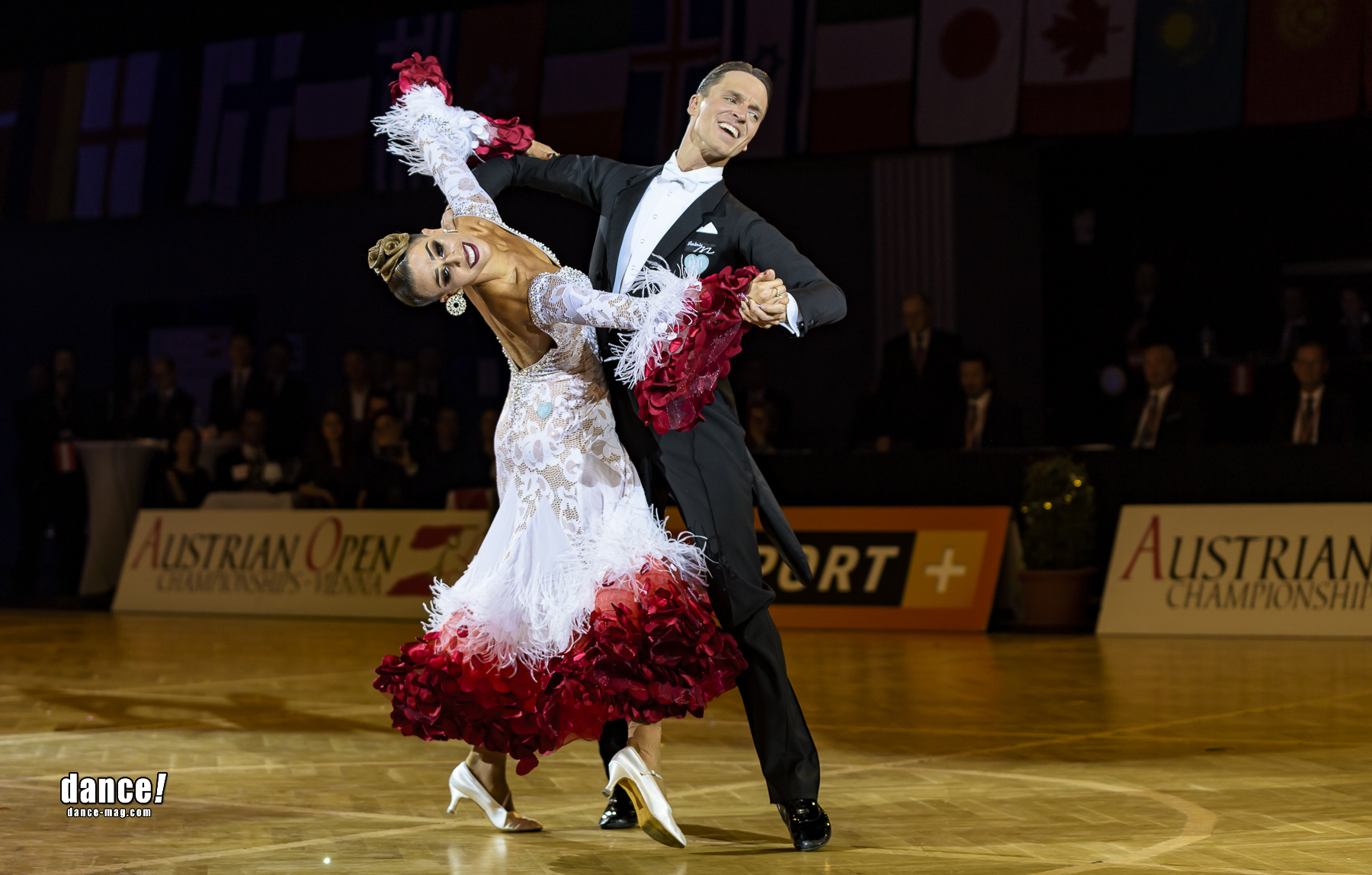 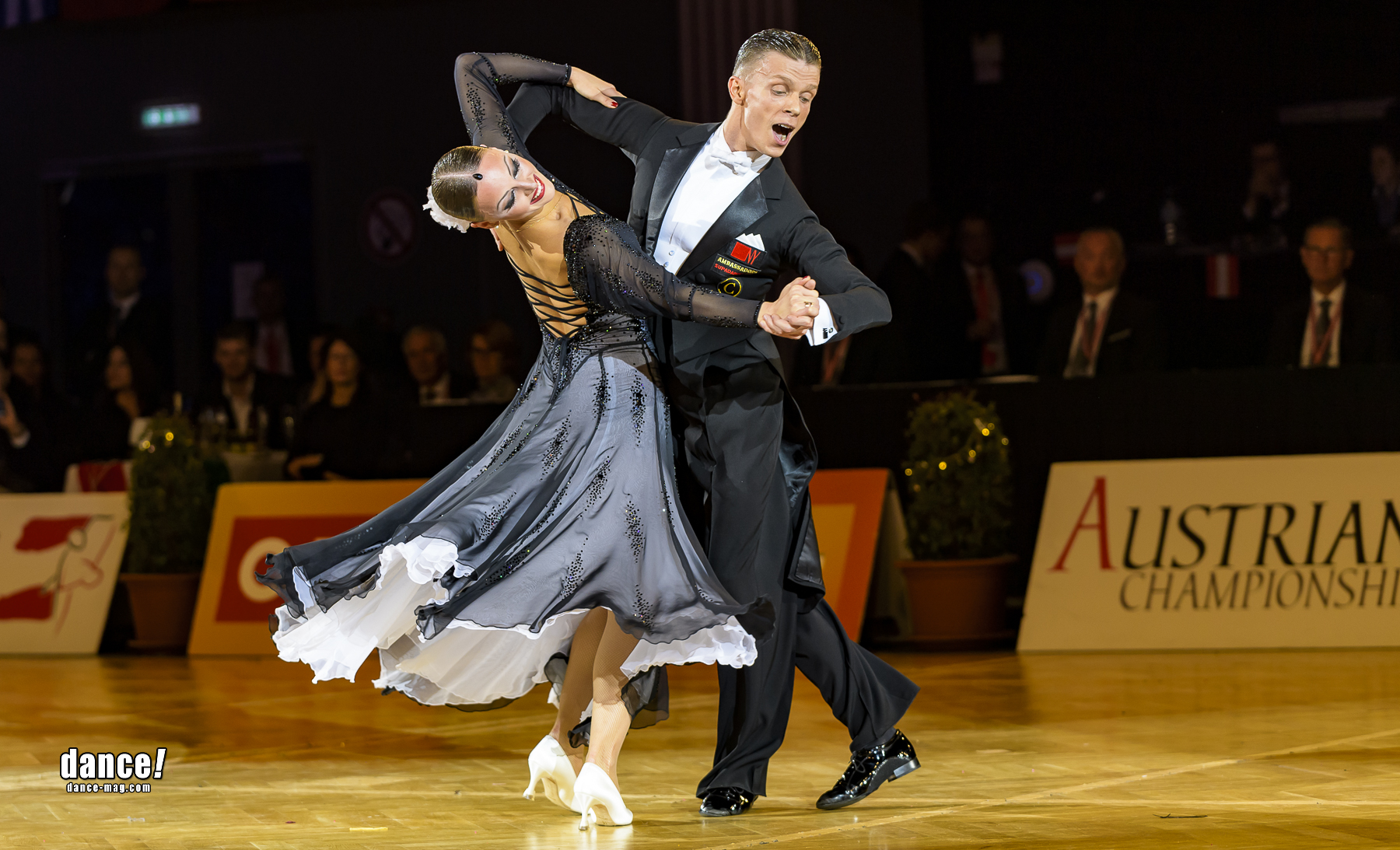 After the last dance of the final, the solo dance Viennese Waltz, Dmitry and Olga received standing ovations. They stayed on the floor and thanked the audience. They knew what just happened. They assured themselves the forth title as world champions! They looked proud at each other and Dmitry lifted Olga and carried her in his arms off the floor. A magical night had reached its climax with the emotional dance of victory. 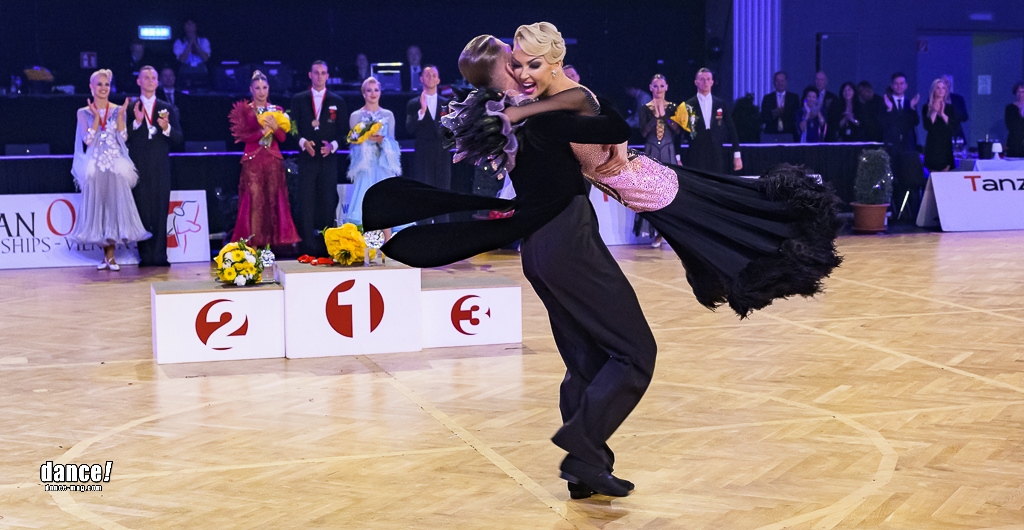 Once more the Austrian Open Championships experienced a moment that will remain in memories for long: last year, the proposal of Gabriele Goffredo to Anne Matus, this year the sole world championship record of Dmitry Zharkov & Olga Kulikova.

If you want to experience something, you have to go to Vienna!

Our two Swiss couples presented themselves from their best side. It was pure pleasure to follow these couples and to see how they performed with full commitment and pushed each other to ever more progress! Unfortunately, they missed extremely close the entry into the round of the first 48. 49. – 50. Davide Corrodi & Maja Kucharczyk, 51. – 52. Volodymyr Kasilov & Yulia Dreier, only one mark apart!

On Sunday, in the World Open Competition, the reverse order: Vova & Yulia were 44th with 2 marks more than Davide & Maja on the 46th place. 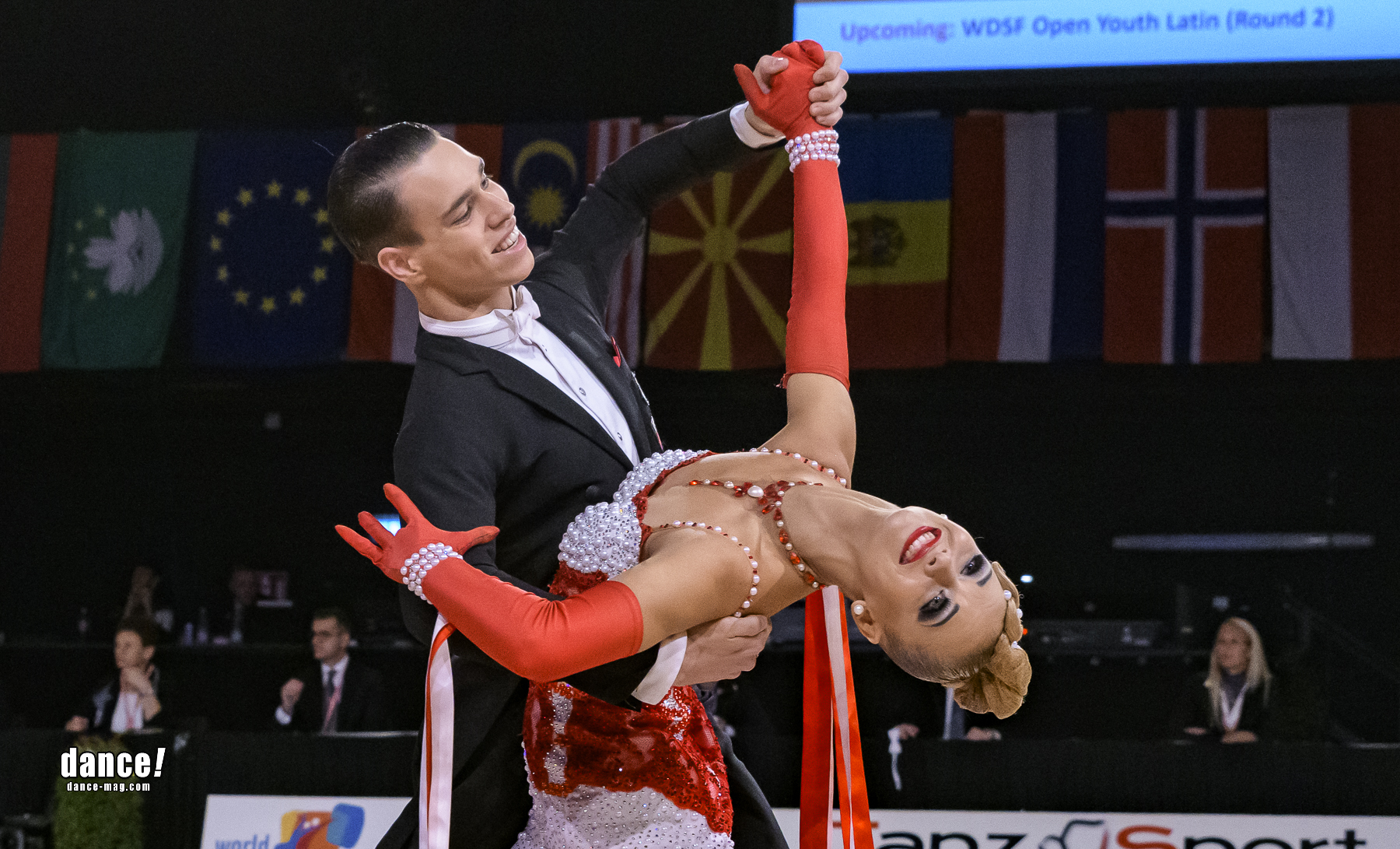 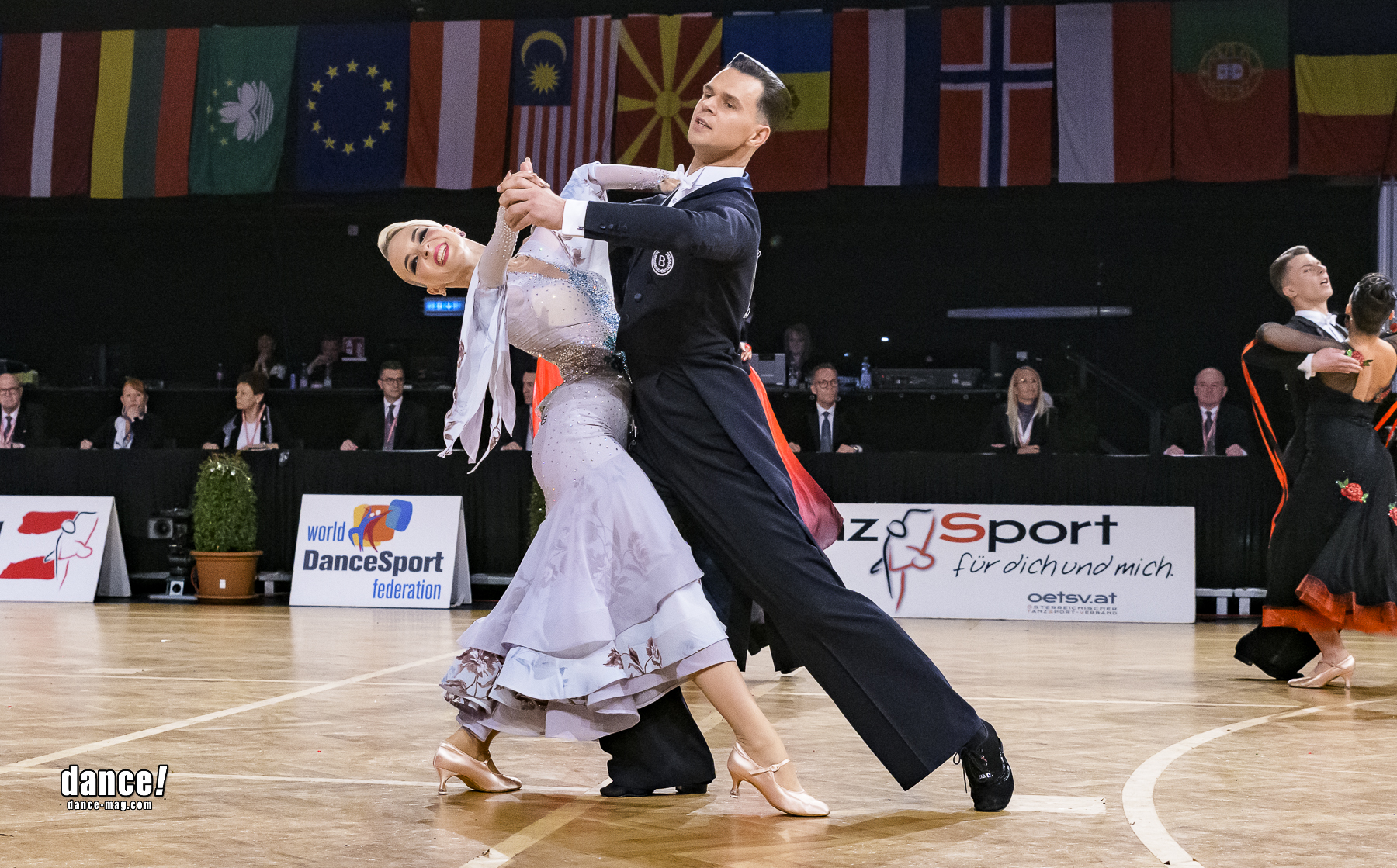 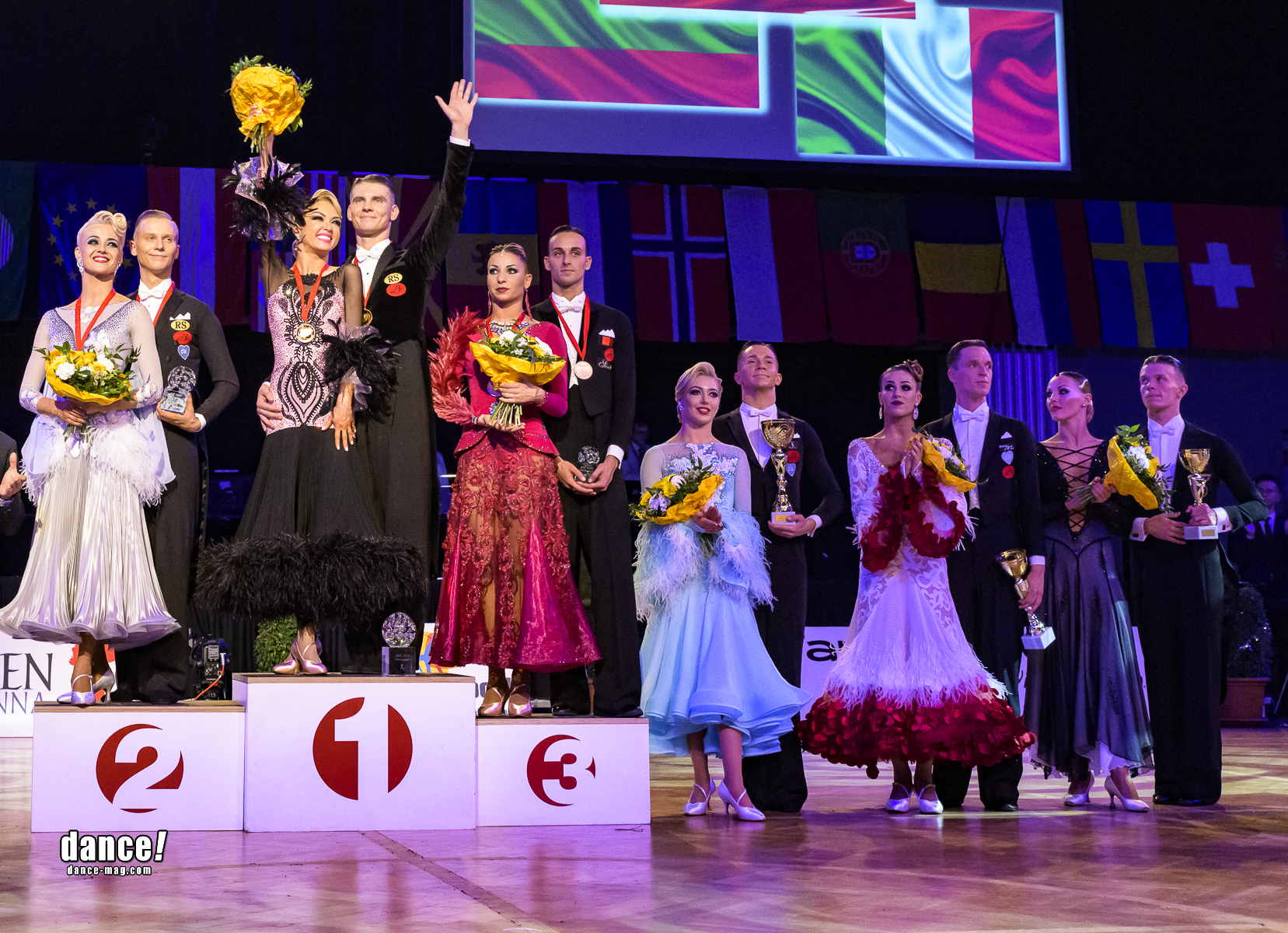