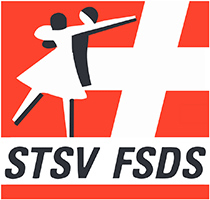 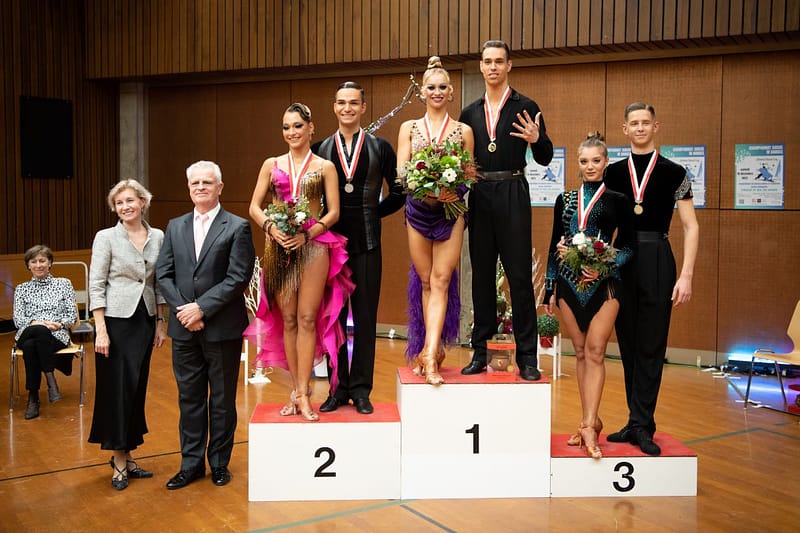 Davide Corrodi/Maja Kucharczyk won their fifth Swiss ten-dance championship title in Geneva-Vernier. This year's semi-finalists from the Tanzsportclub Zug won all ten dances and fully lived up to their role as favourites. The places of honour were taken by David Büchel/Flavia Landolfi (Ticino Dancesport Club) and the Ukrainians Ivan Hadarah/Antastasiia Fedchenko. In the seniors' category, Felix Locher/Silvia Nater won [...]. 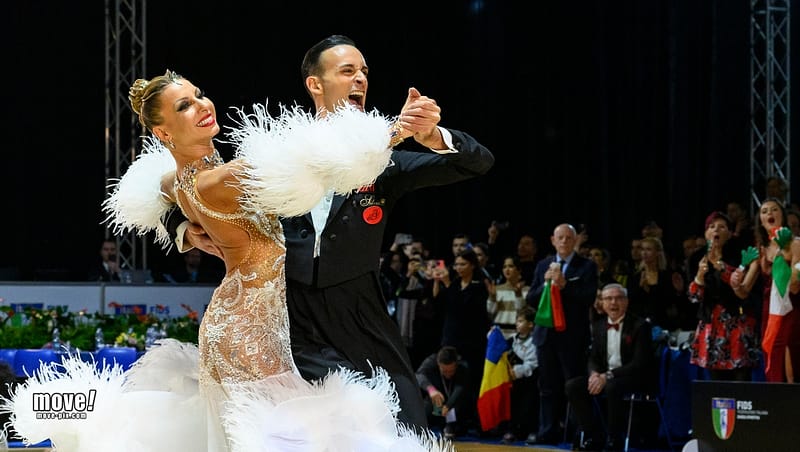 Francesco Galuppo and Debora Pacini were proclaimed Standard World Champions for the first time in front of their home crowd in Rimini on Sunday evening. In front of more than 1000 frenetic tifosi, the Italians relegated the Lithuanian title holders Sodeika/Zukauskaite to the place of honour by a hair's breadth thanks to their attacking dance style.

The city of Geneva will become the meeting point of the Swiss dance scene on Saturday 10 December. The Geneva Dance Cup will also feature the Swiss Ten Dance Championship, where the most versatile dance couples will once again be able to reach for gold, silver and bronze.

Davide Corrodi/Maja Kucharczyk secured their first gold medal at a Swiss Latin Championship. The favoured pair from TSC Zug relegated the TTZ challengers Dominik Zimmermann/Mae Lilia Hoffmeister and Tristan Geiger/Catherine Pisarenko to the places of honour in commanding fashion. A total of six titles were awarded at the Trafo Cup in Baden, which went to five different clubs. Before the last block [...]

SM Latin as part of the Trafo Cup Baden

The Trafo Hall in Baden will be the venue for the 2022 Swiss Latin Championships on Sunday, 25 September. As part of the traditional Trafo Cup, which already starts at 10 am with standard competitions in all age groups, the decisions of the national Latin title competitions will be made from 3.45 pm. Who will be proclaimed the new Swiss champion at 8 pm and take over the [...]

Davide Corrodi/Maja Kucharczyk from the Tanzsportclub Zug shone at the World Ten Dance Championships in Bratislava, Slovakia, reaching the semi-finals. With their 12th place among 33 dance couples, they once again gave an impressive testimony that they are continuing their way to the top of the world dance sport. It is the best Swiss result at a ten-dance World Championships since 1996, when Oliver and [...]

The Swiss Standard Championships in Kirchberg/BE were once again unbeatable in terms of excitement; as in the previous year, Volodymyr Kasilov/Yulia Dreier (DUZ) won the championship title in the main category ahead of Davide Corrodi/Maja Kucharczyk (TSCZ) in extremis. David Büchel/Flavia Landolfi (TDSC) secured bronze by a clear margin. The audience celebrated the couples with a standing ovation at the end. The Zug challengers [...]

Swiss final place at the GOC in Stuttgart

Right at the start of the German Open Championships in Stuttgart, the standard pairing of Mirco Marotta/Anna Drukarova, newly competing for Switzerland, secured an excellent 4th place among 62 starters in the Seniors I competition - a brilliant result that makes you sit up and take notice. Who is this couple that is still unknown here? From 2019 to 2021, Marotta/Drukarova competed with a Lithuanian [...]

Welcome to Holland Masters 2022! The NADB is looking forward to welcoming competition couples to Rotterdam from 14 to 16 October 2022 for the next edition of the international event. As part of the traditional Holland Masters, the NADB (Dutch National DanceSport Federation) will host the following World Championships: WDSF Open World Championship Senior 1 Latin on 14 October 2022. [...]

SM Latin on 25 September in Baden

The Swiss Championships Latin 2022 will take place on Sunday, 25 September as part of the Trafo Cup in Baden. The Happy Dancers Baden, supported by the STSV, are responsible for the organisation. The spacious dance hall in the Trafo Hall is ideally suited for this season highlight, where the siblings Pitt and Tiara Wibawa will present their first-ever [...]

This website uses cookies to enhance your experience as you navigate through the website. Of these, the cookies that are deemed necessary are stored in your browser as they are essential for the basic functions of the website to work. We also use third party cookies to help us analyse and understand how you use this website. These cookies are only stored in your browser with your consent. You also have the option to reject these cookies. However, rejecting some of these cookies may affect your browsing experience.
Required immer aktiv
Necessary cookies are strictly required for the proper functioning of the website. These cookies ensure basic functionalities and security features of the website, anonymously.
Functional
Functional cookies help perform certain functions, such as sharing website content on social media platforms, collecting feedback and other third-party functions.
Power
Performance cookies are used to understand and analyse the key performance indices of the website, which helps to provide a better user experience for visitors.
Analytics
Analytical cookies are used to understand how visitors interact with the website. These cookies help provide information about the number of visitors, bounce rate, traffic source, etc.
Display
Advertising cookies are used to provide visitors with relevant advertising and marketing campaigns. These cookies track visitors on different websites and collect information to deliver tailored advertising.
Other
Other uncategorised cookies are those that are still being analysed and have not yet been categorised.
SPEICHERN & AKZEPTIEREN

Sign up to receive updates, promotions, and sneak peaks of upcoming products. Plus 20% off your next order.