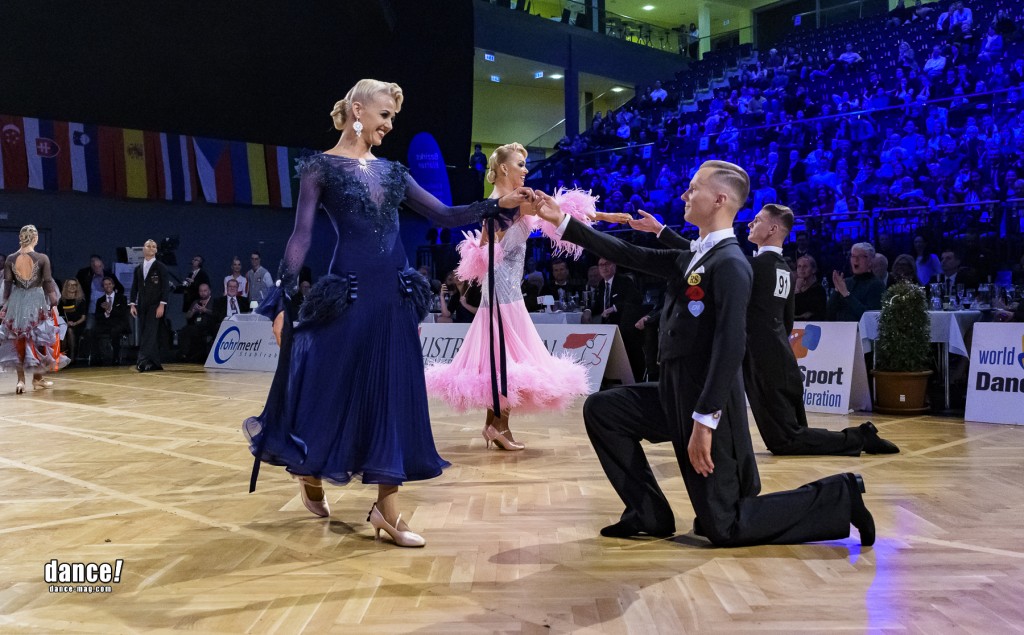 In October, we reported on the fascinating Viennese Waltz duel during the Swiss Championships. With detailed pictures we could document the sequence of movement from Davide Corrodi & Maja Kucharczyk and Volodymyr Kasilov & Yulia Dreier. We received many enthusiastic feedbacks.

Dmitry Zharkov and Evaldas Sodeika also seemed to be impressed by the presentation:

In Vienna, the audience could witness a fantastic scene by the two best couples of this World Championship. Dmitry und Evaldas agreed to dance a collective Viennese Waltz. In proper style for Vienna, both gentlemen bent their knees and presented their ladies in an intro. 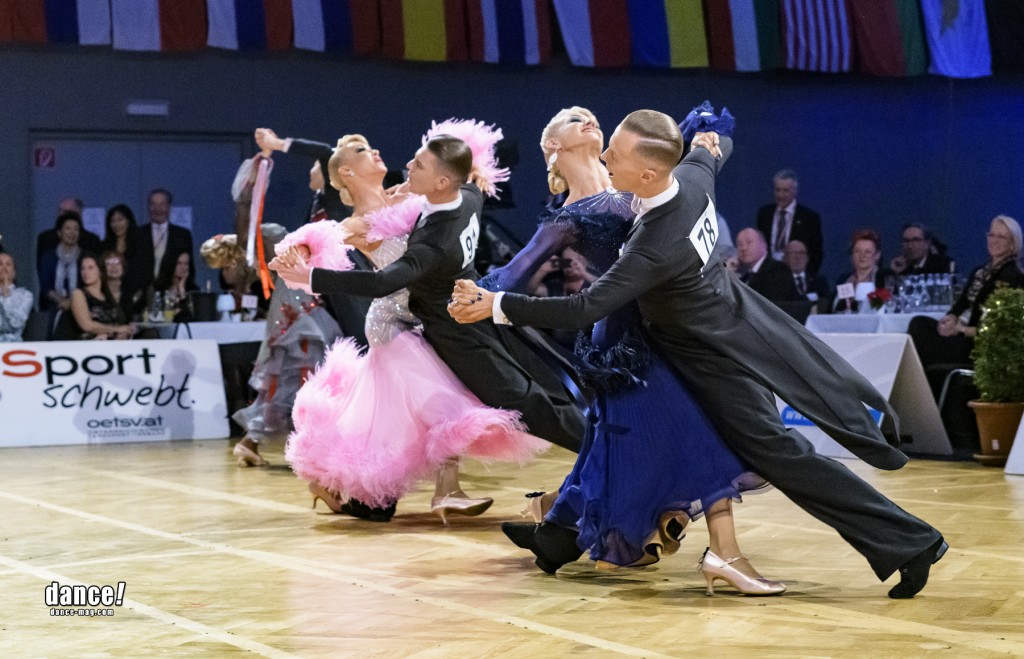 Than they begin to dance! The crowd is in an uproar! Both couples swing parallel around the complete floor in absolute synchrony.

We focused on it and photographed almost every beat! Visible is each detail in the bodylines, the peaks of the feed, the positions of the feed and especially the details in shifting of weight. Not only the audience is rejoicing over this spectacle. The judges have the possibility to compare directly and some of them obviously seem to have a lot of fun.

Have a look at the perfection of these top couples!

Pictures made for a textbook…