Tiara-Sophia and Pitt-Alexander Wibawa danced their way to their first Swiss championship title in the main category Latin in front of an enthusiastic audience in Wallisellen. After four places of honour in the past years and a two-year injury break, the sibling couple of the Teen Dance Club Frauenfeld won the long-awaited gold medal. It was only the scoring for the Jive that decided the hard-fought championship, where Davide Corrodi/Maja Kucharczyk (TSCZ) saw themselves pushed into silver place.

Already in the run-up to the Swiss Championships, a tough fight for the title had become apparent. This year, four pairs of favourites actually emerged. Unfortunately, last year’s runners-up Tristan Geiger/Catherine Pisarenko from the organising Turnier-Tanzsportklub Zürich (TTZ) had to withdraw at short notice. Due to illness, the couple had not been able to train for three weeks. However, this did not dampen the mood in the hall of the Doktorhaus. The various groups of fans loudly cheered on their favourites.

Pitt-Alexander Wibawa/Tiara-Sophia Wibawa, Davide Corrodi/Maja Kucharczyk and the TTZ pair Dominik Zimmermann/Mae Lilija Hoffmeister qualified for the final with full house. Shortly behind them, the second up-and-coming TTZ couple, Philipp Hofstetter/April Danija Hoffmeister, landed with 32 marks. Already after the first final dances, a thrilling duel became apparent. Corrodi/Kucharczyk were convincing with great dynamics, space-grabbing movements and very good technique. Wibawa/Wibawa succeeded in creating fascinating images. Their arm movements were reminiscent of modern dance, their movement sequences and the figures were creative and very supple. The fact that the brother and sister show so much closeness, tenderness and partnering is very impressive. After four dances the two couples were tied, only the Jive decided the title fight in favour of Wibawa/Wibawa. Tiara-Sophia & Pitt-Alexander managed to secure their first joint title after four 2nd places in previous years and a 2-year injury and Corona break. Congratulations!

There was also a hard fight for 3rd and 4th place – also a duel between two twin sisters. Philipp Hofstetter/April Hoffmeister were able to improve once again in the final and took bronze by a razor-thin margin ahead of Dominik Zimmermann/Mae Hoffmeister. As in the previous year, 5th place went to the veterans David Büchel/Flavia Landolfi, who compete for the TDSC from Lugano.

The TZZ once again convinced with an impeccable organisation. The team around Oliver Baumann made a great SM Latin possible despite all the restrictions. Those who were not present in Wallisellen could once again follow the live stream on dance-tv.ch.

The new Swiss champions Wibawa/Wibawa could be entered for the Latin World Championships in Pforzheim at short notice. The organiser was prepared to keep one starting place open for Switzerland. The first starting place, which had to be filled some time ago, had been given by the STSV to the then second-ranked Tristan Geiger/Catherine Pisarenko due to the withdrawal of last year’s Swiss champions. 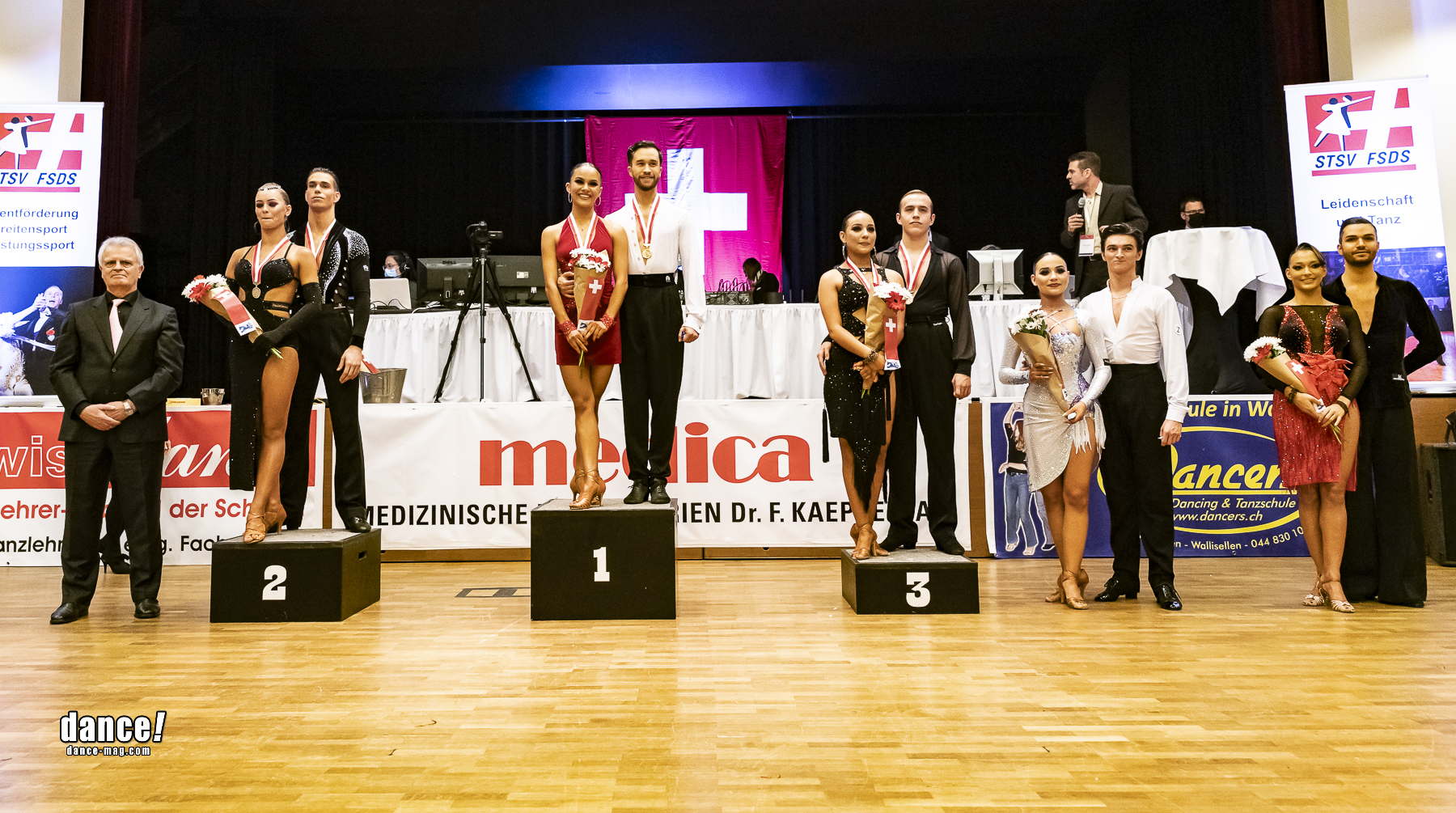 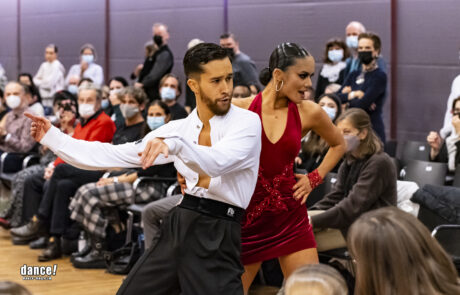 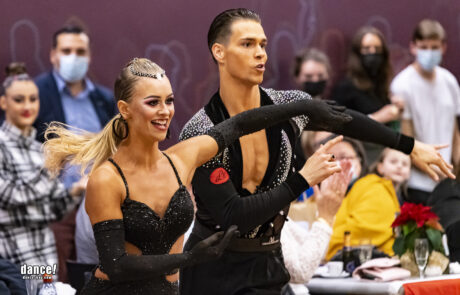 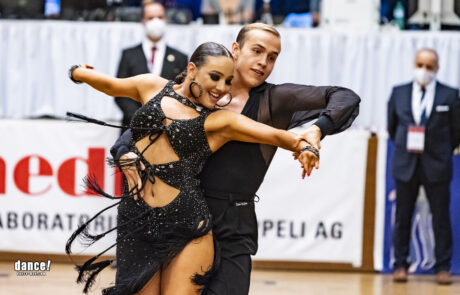 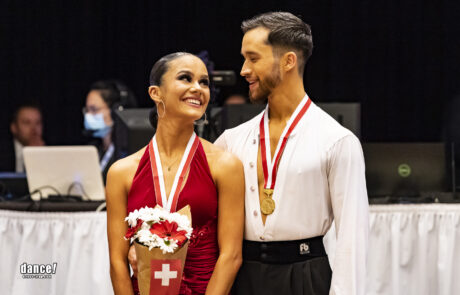 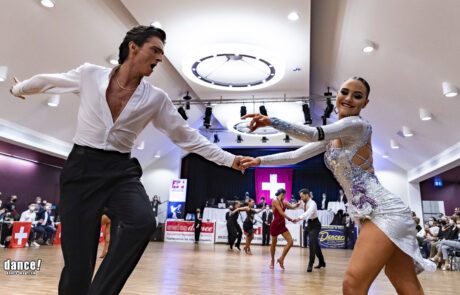 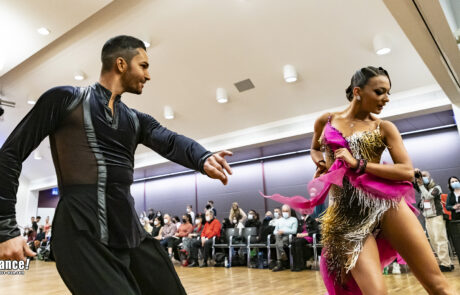