Promising start to the new STSV sports promotion concept, which was launched on two Sundays during the summer holidays.

The entire national squad and junior squad as well as three senior couples really ran hot at the fitness test. The “motivator” Rafael Grüninger, who is a sports psychology performance coach, had all the dance couples dance an eight-minute step dance (until they dropped). With each minute, the tempo increased, the heart rate got higher and higher, the legs and the head emptier and emptier. The point was to recognise the stress limit and then check how quickly one recovers afterwards. “There were some couples in very good condition,” praised Grüninger, who has also been conducting these tests with German squads for many years. Other couples, however, still had potential for improvement and needed special attention. All the dancers were individually assessed by the specialist from Germany (in the picture April Hoffmeister and Philipp Hofstetter), then received their personal training recommendations and are to improve their stress and recovery values over the next weeks and months and bring them into a better balance. These fitness tests are to become an important mosaic stone in the development of a dance couple in the national and junior squad.

In addition to this fitness test and its meticulous evaluation, the couples received impulses for their holistic dance sport development at eight different learning and experience stations. In a rich programme, topics were addressed by specialists:

The two day courses were very well received by the dance couples. Olivier Baumann, responsible for the squad, and the entire STSV board, supported by two psychologists as well as a professional clown (!), prepared the content of the demanding programme and worked hard on both days. They will now evaluate the feedback and findings from the cadre days and plan the follow-up activities. 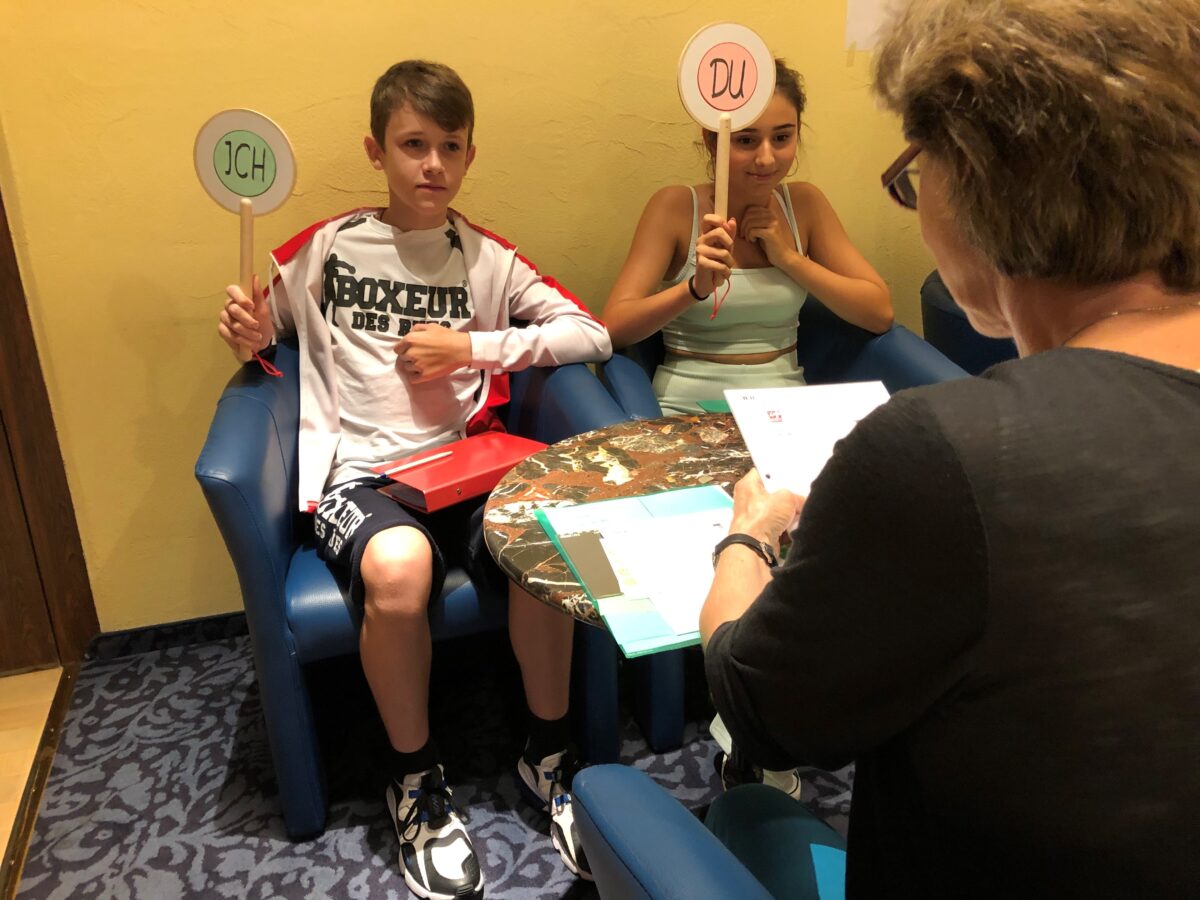