Squad couples at WDSF tournaments abroad on the road

In Switzerland, tournaments can be resumed in July, and in Italy WDSF tournaments have been danced again under exclusion of the public since February. Four dance couples from the STSV national squad, but also other dance couples from Schweiez from different age and strength classes have gratefully accepted such opportunities to start and have sometimes taken on long journeys.

The busiest tournament participants until the end of June were Volodimir Kasilov/Yulia Dreier, who made no less than five starts abroad. On 19 June, the standard couple from DUZ competed for Switzerland at the European Cup in Elblag, Poland, missing the second round by two marks and finishing 17th. They had gained momentum two weeks earlier with a 9th place at the International Open in Serbia and at three tournaments in Italy.

Davide Corrodi/Maja Kucharczyk reached two semi-finals in the Standard at the Open tournaments in Italy. On 19 May, they finished an excellent twelfth among 188 couples in Verona, and already on 20 February, they achieved the same ranking among 110 starters in Molinella. They missed the same feat in Borgoricco by a hair’s breadth when they missed the final round in both disciplines by only one place.

The reigning Swiss champions Jure Bergant/Luana Valentino already showed top form at the International Open in Cacak, Serbia, on 6 June. In the Latin (50 couples) as well as in the Standard (30 couples), they finished in 6th place twice in the final.

The talented Philipp Hofstetter/April Hoffmeister, bronze winners of the SM 2020, placed in the first third of the ranking list twice in Molinella and in Borgirocco and took 34th and 35th place in a field of 100 dance couples, which allowed them to enter the third round.

All international results of the Swiss dance couples that were reported to the STSV can be read here. 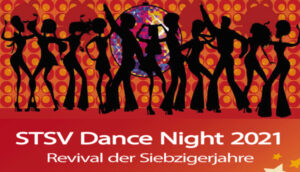